This northwestern Mexican state offers incredible landscapes, and is perfect for those in search for a true disconnection and contact with nature. In this region, Latin Exclusive offers vacation rentals, long term rentals and sales of luxury houses and villas. 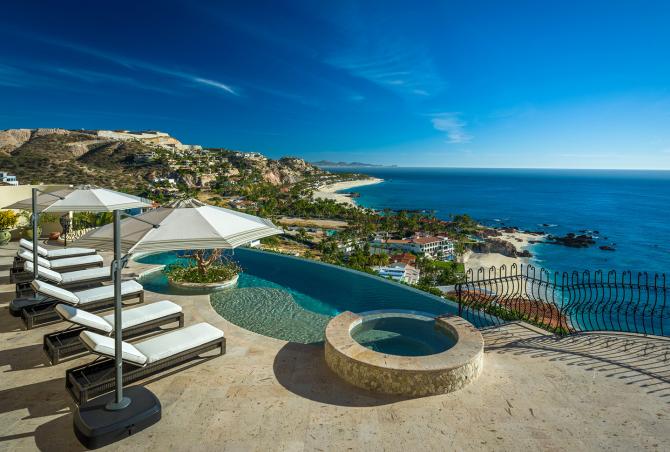 This region of Mexico is a true retreat. You don't come here to visit its cities or Rush to museums. Here, nature takes over and the elements are at their best! The deserts impose themselves and the contrast between the heat of the coasts and the cold of the summits is astonishing. The state extends from the American border on a tongue of land bordered on one side by the Pacific, its powerful waves and wild beaches, and on the other by the Sea of Cortés, its whales in winter, its turtles and its opalescent waters. In between? Beautiful deserts, national parks, old Jesuit missions and lots of cacti! The colonial San Ignacio, a walk along the «malecon» of La Paz and the small town of Loreto will gently reconnect you to reality.

What is Baja California Sur like as a holiday destination?

Baja California Sur offers incredible landscapes and is perfect for those who seek a true disconnection and contact with nature. At Latin Exclusive you will find different luxury villas and houses to spend a relaxing vacation.

Which places can I visit during my vacations in Baja California Sur?

In Baja California Sur you can visit beautiful deserts, national parks, old Jesuit missions and many cacti. The colonial San Ignacio, a walk along the "malecón" of La Paz and the small town of Loreto, which will gently reconnect you with reality.

Which benefits are included in the rent rate in these luxury properties in Baja California Sur?

To get more information about the services and benefits of each of our luxury properties in Baja California Sur, you can browse our website. We will give you personalized advice and solve any doubts you may have.