In the very heart of France, Auvergne is one of the hidden destinations of the country. Its chain of volcanoes is a vast playground for lovers of the great outdoors. In Auvergne, Latin Exclusive offers vacation rentals, long term rentals and sales of luxury properties, villas and houses. 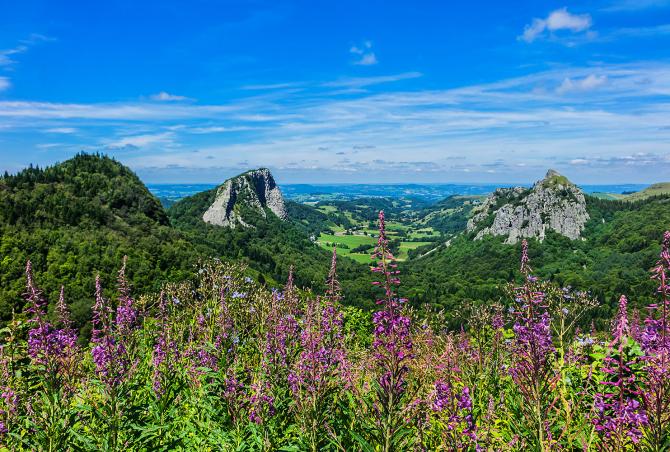 It's a historical region of contrasts, stretching from Moulins in the rich Bourbonnais region of the north to Le Puy-en-Velay and Aurillac in the rural southern Haute-Loire. It’s a wonderful and wild part of France formed by now extinct volcanoes, or puys, that run from the Puy-de-Dôme in the north-west to the Cantal in the south-west, making this the largest volcanic region in Europe. Heavily forested, dramatic mountain sides are punctuated by river valleys: the Allier, the Loire. It’s a place to walk the high plateau and scramble down to the rivers, to look at some of the most beautiful scenery in France, and to visit towns with pure medieval architecture. The famous Vichy city of this region is known for its waters that have been in use since Antiquity, a very touristic destination for visitors seeking health benefits from its thermal baths.