This colourful town is known for its splendid lagoon where you can enjoy water-sports and its famous landmark “El Peñol''. For many years it has been a highly sought after weekend getaway spot for Medellin’s locals and travellers. Its tall stone is considered one of the wonders of Colombia, which tourists can climb up by stairs to enjoy the panoramic view that it offers while sipping on a fresh natural juice. 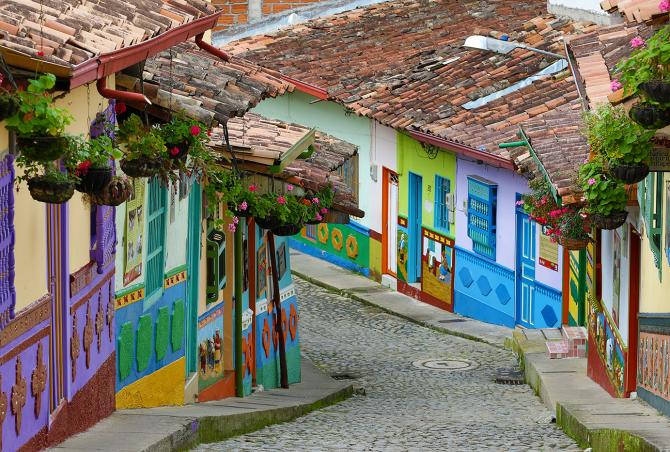 A brief history about Guatapé

The town was founded in 1811 and named after an old indigenous lord called “Guatapé” that used to be the leader of the natives of the region. Guatapé is famous for its colonial and colourful architecture, some of them from the XVIII century. In 1970, a dam was built by one of the biggest companies in Medellin, which boosted the town’s economy.

A long stay in Guatapé?

Buy your property in Guatapé 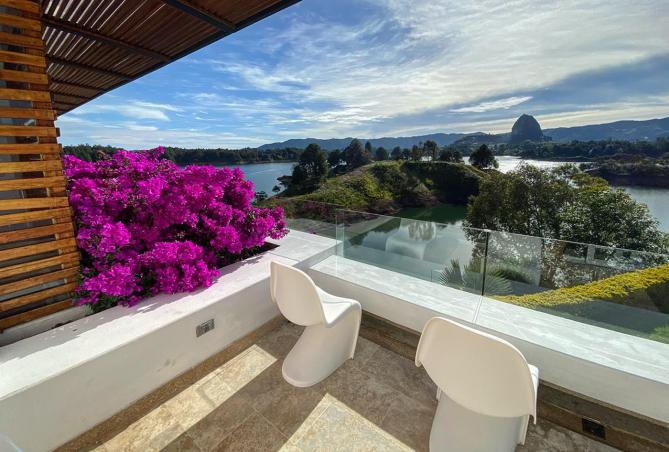 This beautiful little town is a great option if you are looking for peace, nature, water sports. Its colourful architecture and tranquility along with the water sports are the main attractions for the tourists. It’s proximity to the popular city of Medellin makes it the paisas’ favorite location for a short day or weekend trip.