Rio de Janeiro is considered by many to be the most spectacularly beautiful metropolis in the world due to its overabundance of natural beauty. In Rio, Latin Exclusive offers vacation rentals, long term rentals and sales of luxury apartments, houses and mansions. 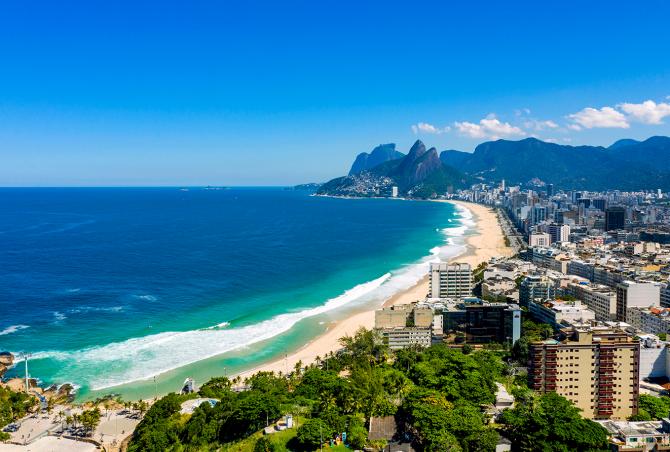 Rio de Janeiro, also known as the "marvellous city", is the unique combination of a large urban hub with the tropical Brazilian vibe. Its enthusiastic and passionate inhabitants, the Cariocas, are a show. Rio is an incredibly energetic city, one of the most attractive destinations in the world and the second largest economy in Brazil. Known internationally for its carnival, its iconic beaches (Copacabana, Ipanema, Barra da Tijuca), its sights, its gastronomy and its landscapes such as the Sugar Loaf Mountain and Christ the Redeemer (elected in 1992 one of the Seven Wonders of the Modern World), Rio has much to offer.

Its history began on January 1, 1502 when a Portuguese expedition arrived at what is known today as Guanabara Bay: thinking they had found the mouth of a large river, they named the bay, River of January / Rio de Janeiro. In 1808, the Portuguese Royal family moved to Rio, making it the first European capital outside of Europe.The rise of the city as a world tourist destination began around 1920, renowned for its natural beauty, its welcoming population, its luxurious casinos and the inauguration of the Christ the Redeemer monument in 1922. Since the proclamation of independence in 1889, the city of Rio de Janeiro had been the capital of Brazil until the year 1960 when the seat of the federal government was transferred to Brasilia.