Acapulco is renowned for the radiant beauty of its beautiful sandy beaches on the Pacific, its coves and lagoons and its breathtaking cliffs. In Acapulco, Latin Exclusive offers vacation rentals, long term rentals and sales of luxury houses and villas. 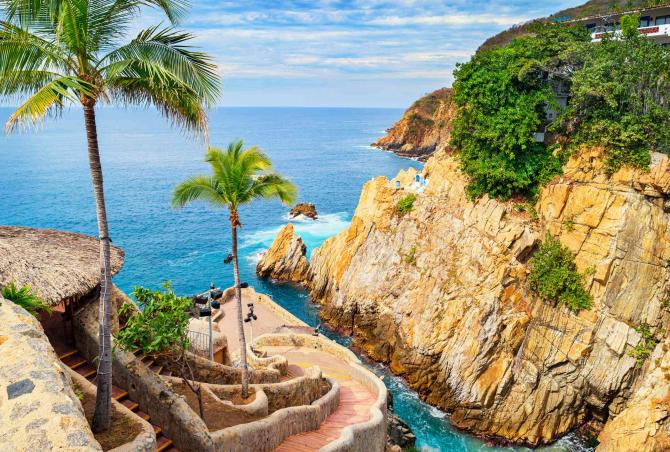 The Pearl of the Pacific, as the city is also known, is a paradise for surfing beginners, who find the perfect waves to train in. Acapulco became a fashionable holiday destination for celebrities such as Elizabeth Taylor and Frank Sinatra in the 1960s. Since then, the place has lost none of its charm. A holiday must include a visit to the Quebrada Cliffs, Acapulco's iconic postcard and a challenge for those brave enough to dive from the high cliffs into the narrow gorge below. The view is incredible, with the green hills in the background. Visits to the Fort of San Diego and the Zócalo neighbourhood are also organised, to discover the authentic conviviality and welcoming spirit of the Mexican people. 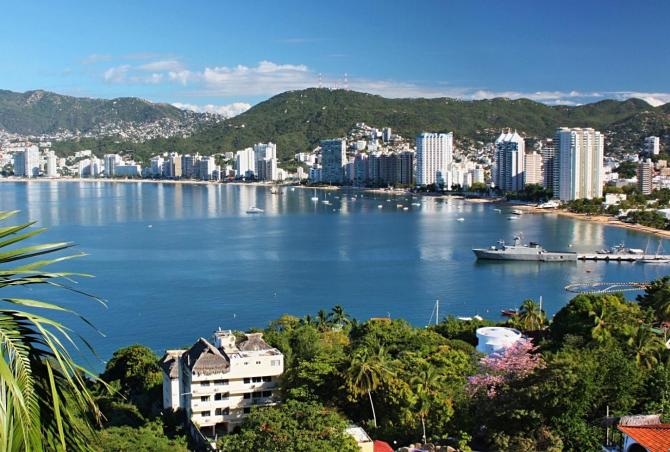 A brief history about Acapulco

The first arrival of the Spanish was in 1523 and it was founded in 1550 after which it was called the City of Kings. From 1571 to 1815, Acapulco became the most active and dynamic point of trade in New Spain, significantly communicating with the colonies in Asia and the Iberian Peninsula. The population tripled during this period and on November 28, 1799, Charles IV gave the city title to Acapulco. Once Independence was attained , Acapulco became part of Mexico and in 1849 with the creation of the state of Guerrero, the city was integrated into the district of Tabares. Over time, the economy and foreign investment continued to grow. During the 1950s, Acapulco became the fashionable trendy vacation spot for VIPs, millionaires and Hollywood celebrities such as Elizabeth Taylor and Frank Sinatra.

Why is Acapulco recognized for?

Acapulco is known for the radiant beauty of its beautiful sandy beaches on the Pacific, its coves and lagoons, and its impressive cliffs. In Acapulco, Latin Exclusive offers vacation rentals of luxury homes and villas.

In addition to the rental fee, do you also have to pay extra charges in these luxury apartments?

It may vary for each property. Get more information on our website. We will give you personalized advice and solve any doubts you may have.

Are pets allowed in the luxury apartments in Acapulco?

It depends on the property you choose. You can verify this information on our website. We know that your pet is a member of your family.