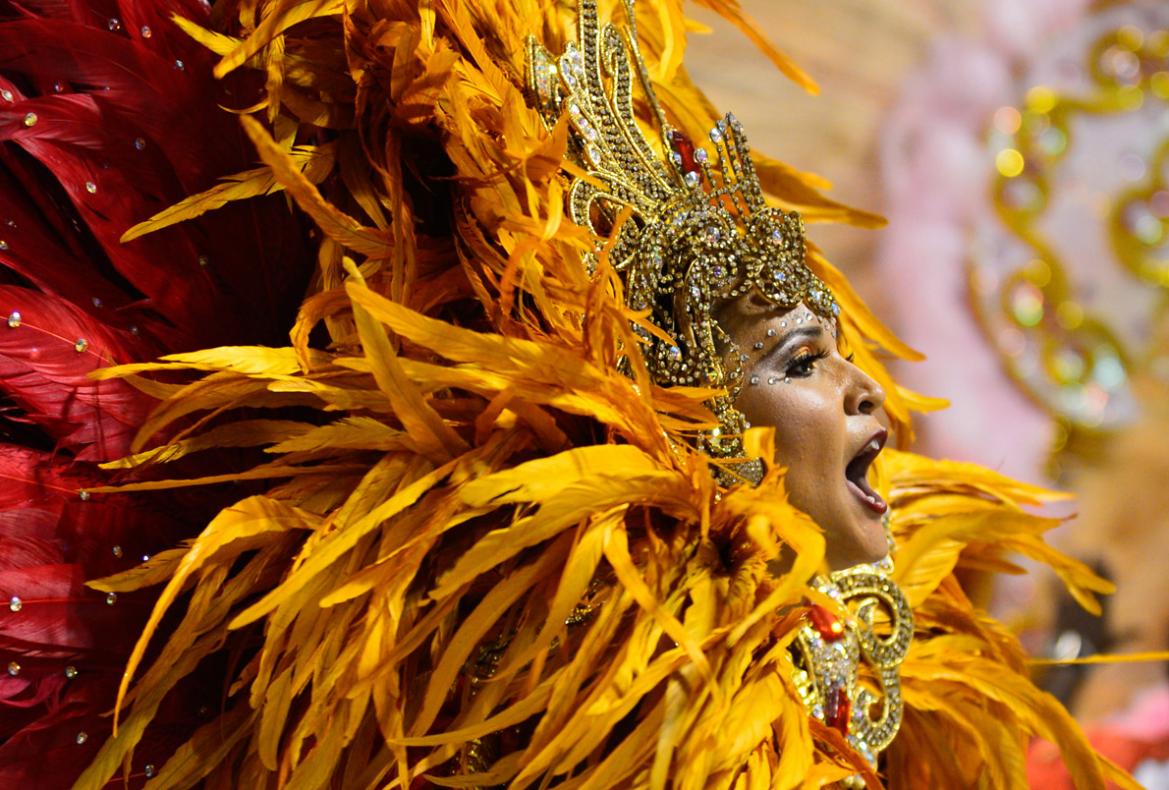 Carnival in Rio de Janeiro is the largest popular cultural manifestation in the world. One of its intrinsic highlights is the omnipresence of stunning, unique, exclusive costumes, true works of art: the Rio Carnival is epitomized by the luxury, beauty and joy associated with these opulent treasures.

In 1937, inspired by the masked balls of the Carnival of Venice, the then director of the Rio de Janeiro Municipal Opera Theatre, Silvio Piergilli, decided to establish a Carnival Ball Gala in which luxurious costumes would be highlighted and compete for prizes. This ball with its costume contests continued until 1972 and into the twenty-first century in other venues. From that initial period the tradition began of Brazilian artists and television celebrities wearing these elaborate costume masterpieces both at the Carnival balls and then during the official Carnival parades  where the entertainers metamorphosed into Carnival Stars. 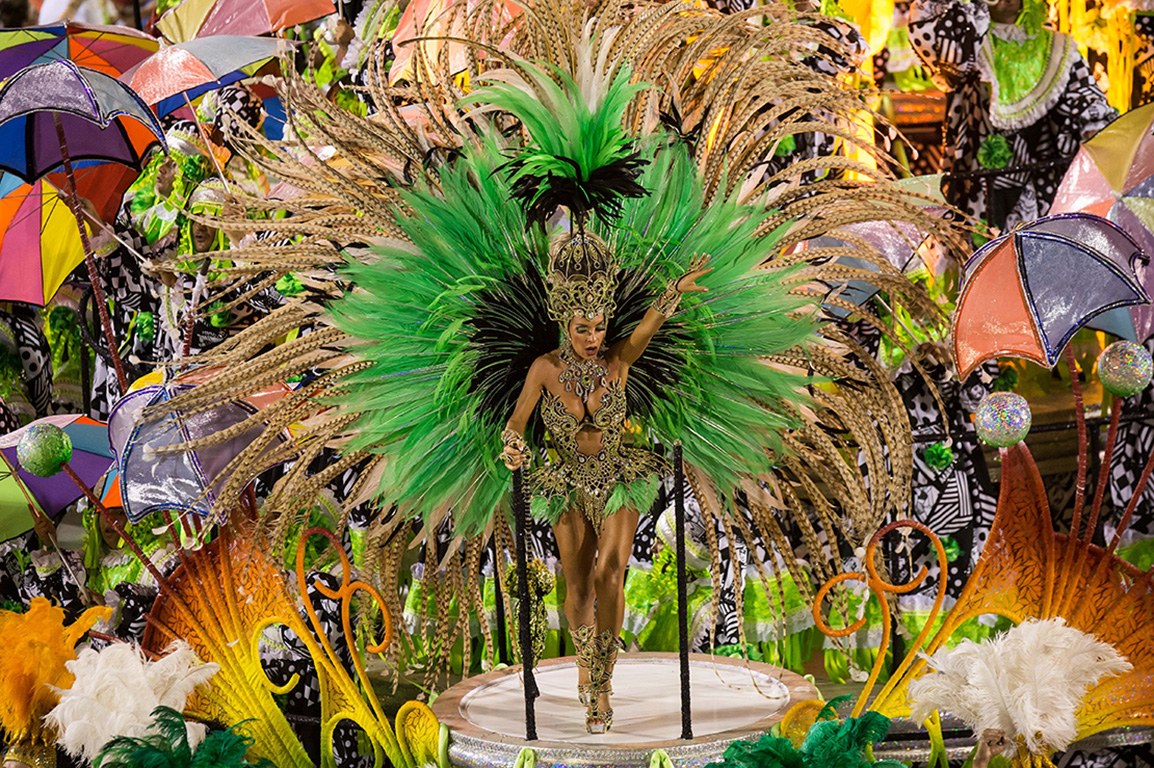 Nowadays the most spectacular luxury costumes originate primarily from the parade of the Special Group of Samba Schools of Rio de Janeiro, the headliner event of the Brazilian Carnival. This Rio Carnival Parade is a contest with each of the thirteen top samba organizations (called samba schools) presenting their theme, their story, within the 80-minute parade limit. The parade is thought of as a "walking opera-ballet" with style, esthetics, and exquisite costuming an essential element. During the parade, the gigantic floats serve as moving theater sets for the participants: the elite of the luxury costume stars with their spellbinding costumes are placed on the highest points in the top decks of the Carnival floats. These Carnival stars are united in their eternal passion for the Carnival and come from a myriad cross-section of backgrounds and professions such as actresses, fashion designers, surgeons, models, businessmen, athletes, hairstylists, TV stars, housewives. 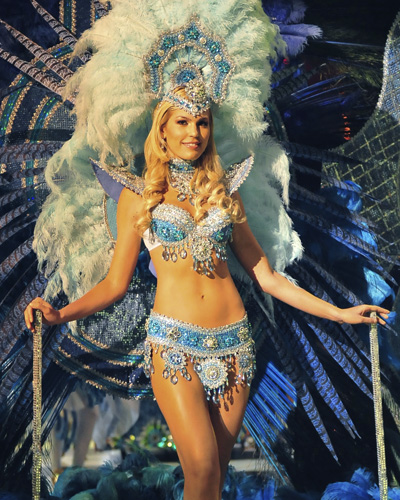 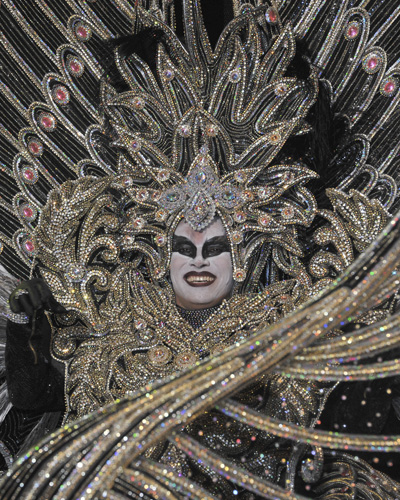 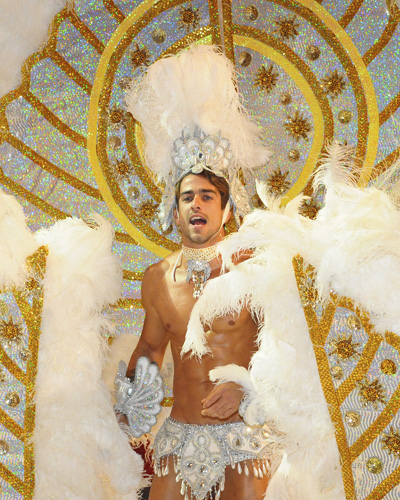 Completely independent in relation to the samba schools, these luxury costume personalities of Rio Carnival bankroll the full amount of the exclusive creations they proudly wear. In addition, they face a logistical nightmare -  in the intense tropical summer heat of Rio de Janeiro -  to take their precious costumes to the parade avenue, facing a technical marathon, all done in order to shine in the Carnival Parade. In addition to preparing, transporting, and assembling the costume on the avenue, they arrive with a support team to help them to dress next to the float and advance, through the assistance of a special crane, to  the somewhat perilous process of perching on their allotted top deck.

Each one of their exclusive gorgeous costumes depicts an element of the story chosen by the school, interpreting the detailed theme and sub-themes and preselected colors. When the design is chosen, the costume is executed and handcrafted during a period of a minimum of six months by a VIP group of talented costume designers and stylists who produce these veritable works of art. 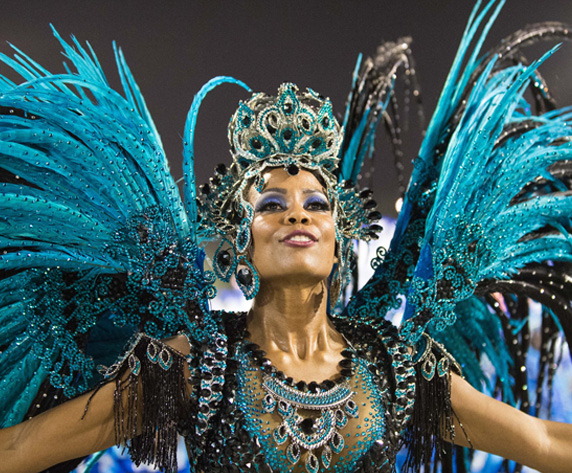 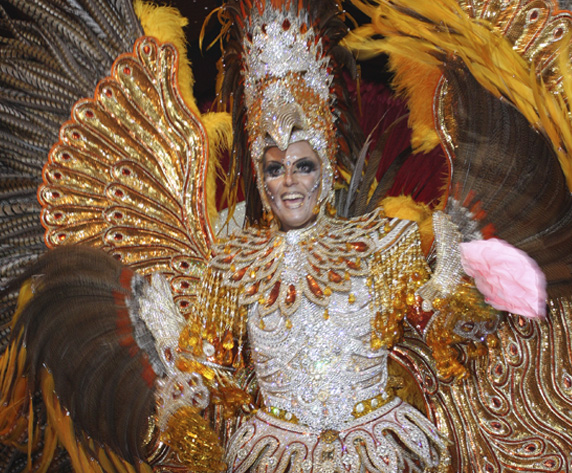 The production of a luxury costume of this category can cost as much as fifty thousand dollars. Each costume may be composed of thousands of feathers and impressive amounts of sequins, rhinestones, Swarovski crystals, and semi-precious stones. All material is carefully embroidered by hand, resulting in superb authentic Brazilian craftwork. The largest of the costumes may measure up to five meters high by five meters wide. The heaviest costumes can weigh up to 100 kilos and for presentations beyond Carnival parades, may be built-in wheels, moving like a mini-float to allow freedom in the presentation of the costume.

The Carnival Stars revel in the participation and performance in the Rio Carnival Parade, self-fulfilled by the enthusiastic applause and hypnotic attention they receive from their fans, the parade spectators. These Rio Carnival luxury stars and their magnificent exclusive costumes symbolize what is highly valued and iconic in the culture of Rio de Janeiro: stunning vivid beauty, authentic unique Carioca style/sense of esthetics, instant friendliness, and joyful connectedness. 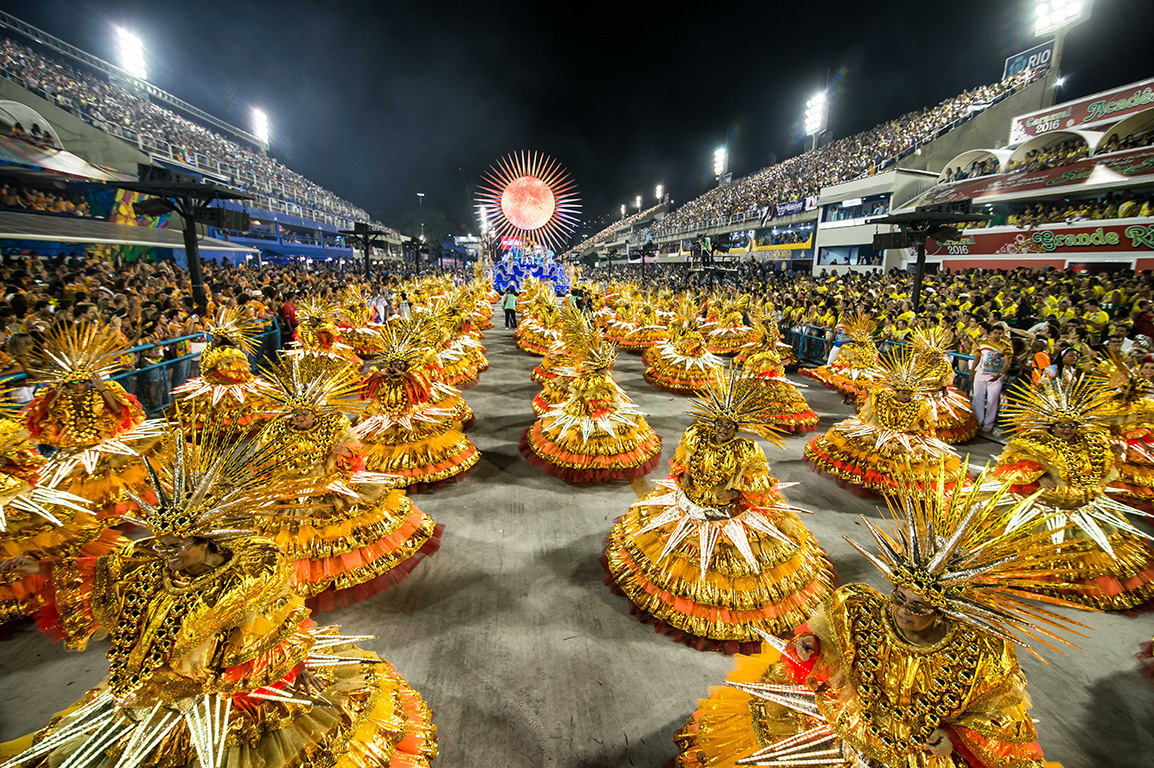