Petrópolis is a charming town in the mountainous region of Rio, where the imperial family of Brazil used to settle during the summer. In Petrópolis, Latin Exclusive offers vacation rentals, long term rentals and sales of luxury houses and villas. 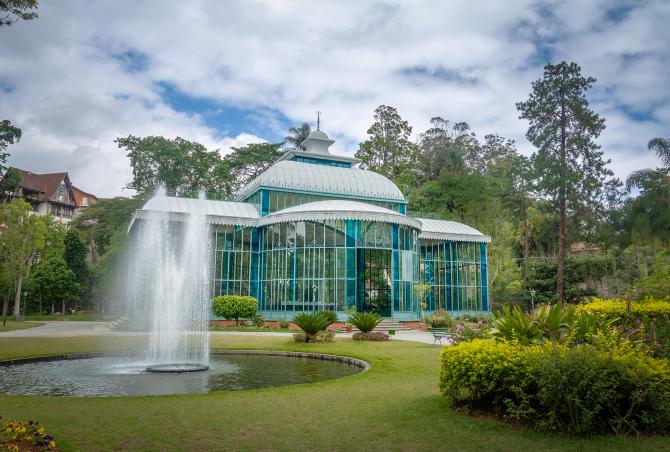 It was here, in the mountains overlooking Rio at 838m, that Emperor Dom Pedro II began the construction of a palace in 1845, which later became the city of Petropólis. To escape the crowds, the Cariocas love to drive up to these mountains where the temperatures are cooler and the scenery is spectacular. Very well preserved, Petrópolis offers an important cultural tour, from the Imperial Museum to the Crystal Palace and the craft breweries. It's a great getaway, especially appreciated for its gastronomy and its starting points for beautiful hikes in the Serra dos Órgãos National Park. A perfect mix of the charm of the heritage buildings of the imperial era with that of nature!

A brief history about Petrópolis

In 1845, Emperor Dom Pedro II started the construction of the palace which gave rise to the city of Petrópolis. It was the Emperor himself who commissioned Petrópolis and gave the city its name. The original project, by Júlio Frederico Koeler, was followed and completed two years later by the architects Joaquim Cândido Guilhobel and José Maria Jacinto Rebelo. With the guidance of the emperor himself, the gardens were designed by Jean-Baptiste Binot and contained rare species of flora from five continents. Over the 165 years of its existence, the Palace served as a summer residence and educational establishment until it became the Imperial Museum in 1943.