This beautiful town in the department of Cundinamarca is located three hours from the capital. Its climate, landscapes and panoramic views attract travellers. In Carmen de Apicala, Latin Exclusive offers vacation rentals, long term rentals and sales of luxury houses and villas. 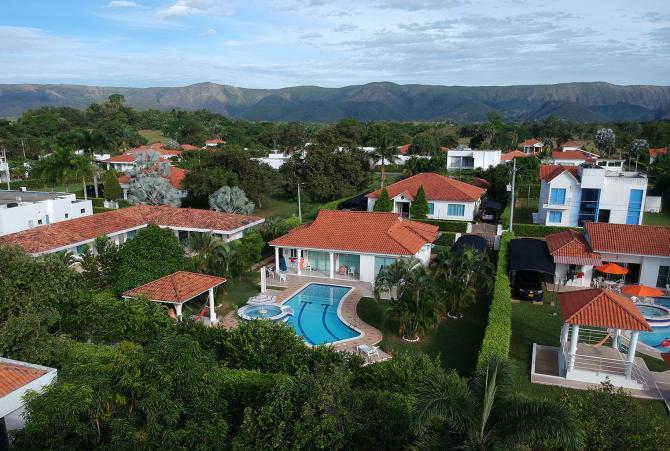 Happy are those who come to rest in Carmen de Apicala! It is a great relaxing destination, surrounded by greenery, with a view of guava trees or mountains. Tourists love to visit the lakes of Vereda Cuatro esquinas, an ideal place for sport fishing. There are many activities around Carmen de Apicala: the Arenitas lake, the Caballo de Santander monument, the national water park, the La Telaraña waterfall and the La Oloche spa are some of the most famous tourist spots. Traditionally, the Virgen del Carmen festivities are highly acclaimed and attract thousands of Catholics, who make the day memorable every year. Carmen de Apicala is a wonderful escape for those seeking nature, and a nice getaway from Bogotá! 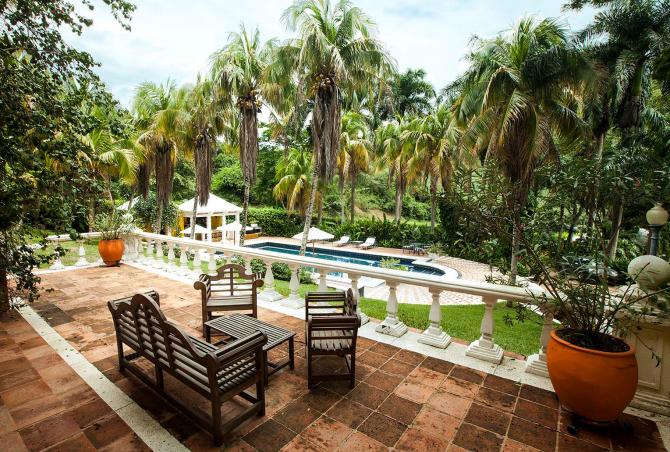 The municipality of Carmen de Apicalá was founded on October 13, 1887. It began as a hamlet where the indigenous Jaguos lived, from the Panchos tribe, and was later populated. Due to its agricultural potential, the economy began to grow and attract more and more residents, who bought farms to cultivate. Among what stands out the most is the cultivation of exotic flowers, cocoa, avocado, yucca, corn, and citrus. Poultry production, seed bank, reforestation, pig farming and livestock were also strong catalysers of the economy. Due to its natural wealth and beautiful landscapes, it was necessary to build several very large hotels and country houses to attract tourists, who step by step were activating the tourism sector. It was so well received that today it is on the list of the most visited towns in Cundinamarca.